When I first heard about MESH networking a couple of years ago, some friends and I put up a few Linksys routers and Ubiquiti BULLETS

with the BBHN firmware. The idea was sound, but with the 2.4GHz band and its need for a very direct line-of-site, it was hard to establish connections around the DFW Metroplex.  Part of the problem was all the noise in the area, and part of the problem was that we were sharing channels with the public WIFI band.

I heard about the AREDN Firmware a while back from the MJARS club, and how they were using it.  Since it allows the user to drop down to channels -1 and -2, which are ham-only frequencies and below the public WiFi band, it allows for better use, faster speeds, and better throughput, since the noise floor is much lower on these frequencies.  See this image:

AREDN also only has firmware for Ubiquiti and TP-Link nodes, eliminating the needs to keep firmware available for the lower-memory Linksys routers.  While these routers played an important role in the launching of MESH for Ham Operators, the firmware has grown to a point now where it is only being held back by these older devices.  Plus, the Ubiquiti equipment is made for outdoor use, and in cases of the Nano

, are dual-polarized antennas which make for a better connection.

Check out this presentation given by Conrad Lara, KG6JEI, at HamCom 2016. 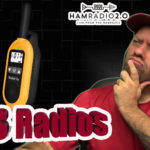 What is FRS? Today we talk about the FRS Family Ra[...] Read more » 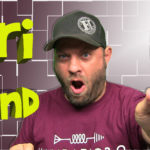 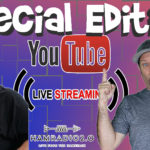 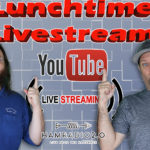 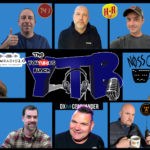 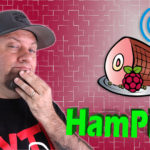 Replay of the livestream where I welcome Dave, W3D[...] Read more »