The 4th video in my Hamfest Circuit series takes us to Lubbock Texas for the 2nd Annual Lubbock Hamfest.  This was s smaller show, but it grew from the number of attendees last year, which was their first year to launch the show.  It takes place in their club-house facility, on the South end of town, and we get to see their tower setup on the outside of the building.  It is very nice setup for a Radio Club to have, more elaborate than anything I have seen at any of the DFW clubs.

The show itself was still small, as you can see in the video.  But they said the number of attendees was 2-3 times as many as they had last year.  So growth is always a good thing.  They are hoping to spend the next few years building up the Hamfest to a large capacity, and I hope to join them in their growth as a vendor for the show. 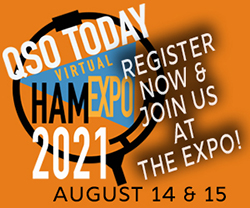